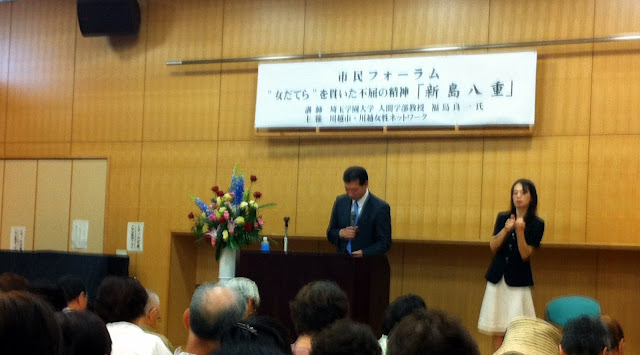 Film director Stone dismisses U.S. A-bomb claim as 'tremendous lie'
Japan Times -- Aug 09
American film director Oliver Stone has challenged the commonly held U.S. perception that the 1945 atomic bombing of Japan ended World War II - saving a huge number of American lives in the process - as "a tremendous lie" during his visit to Hiroshima through Wednesday.
"It's easy to look at the issue simply that Americans dropped the bomb to end World War II because Japanese militarists would not give up . . . (but) that would be the surface explanation," Stone, 66, said as part of his Japan trip to attend a series of peace events commemorating the 68th anniversary of the U.S. atomic bombings of Hiroshima and Nagasaki.
"But those people who looked deeper will find out there is a much more cynical explanation," he said, noting the Soviet Union's war on Japan, begun on Aug. 9, was "a strong factor" behind Tokyo's surrender six days later.

2013/08/7
Okinawa dump site may be proof of Agent Orange: experts
Dioxin spike raises fears of local health risks
The recent discovery of 22 barrels buried on former U.S. military land in the city of Okinawa could be posing the same level of risks to local residents as dioxin hot spots in Vietnam where the American military stored toxic defoliants during the 1960s and 1970s, according to two leading Agent Orange specialists.

Suzuki to build Indonesia car plant
Suzuki Motor Corp. will spend about ¥60 billion to build a car plant in Indonesia sometime next year, it was learned Sunday.
The new plant will produce a 1,000cc model based on its mainstay Wagon R minivehicle, sources said.

2013/07/26
Nagoya commuters get their cycle on
Nagoya is seeing a growing number of “tsukinists,” a term coined for those who commute to work by bicycle, pointing to the public’s higher awareness of environmental and personal health issues.

It'a boy for Kate and William.  Buckingham Palace, We could not be happier.

2013/07/23
How Microsoft spent a decade asleep on the job
comment
Good article! Ballmer is a fool who should have stepped down years ago. Yet, somehow, he clings on to power. Failure after failure, that fool is still in charge.